Which lives longer, moggies (crossbred cats) or purebred cats? Ever wonder if there was a difference in the average lifespan between a purebred feline or one of the many beautiful crossbreed cats who catch our eyes daily? Well, it turns out there is. In fact, it’s fascinating data on cat lifespans in general.

Crossbreed cats, or Moggies as they are affectionately referred to, can make great pets and with an estimated 10.3 million cats in the UK they are a popular choice for many, taking the top spot over dogs. 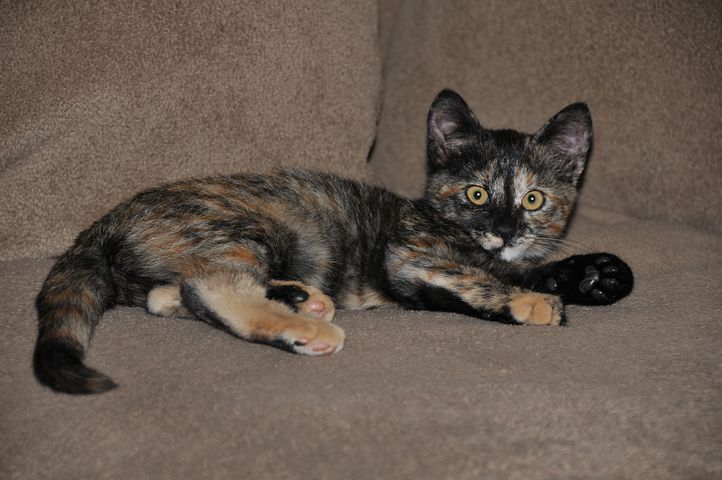 Whether a crossbreed or purebred cat, it’s important to consider that their average overall lifespan is 14 years so this is a big commitment.

A study funded by the RSPCA, published in the Journal of Feline Medicine and Surgery* showed that on average crossbred cats live longer than purebred with 14 years, and pure breeds 12.5 years. It also showed that a cat’s lifespan is reduced by six months for every 1kg increase in adult body weight.

The most common causes of death was trauma with 12.2% and kidney disease with 12.1%.

RSPCA scientific officer, Jane Tyson said: “Crossbreeds may be living longer than purebreds because of their genetics, as certain breeds can be more prone to particular illnesses. The large variation in average lifespan of purebred cats could relate to their body weight, with lighter breeds having greater longevity then heavier breeds.

“It was also interesting to see that kidney disease is the second biggest cause of death of cats, closely behind trauma. Some owners fear their cat may be hit by a car but the study shows they are almost just as likely to develop kidney disease.

“This is a timely reminder to ensure your cat has regular health checks so that any illnesses can be picked up quickly. It is also important that your cat has up-to-date vaccinations, as well as being microchipped.”

If you think a cat is the right pet for you, the RSPCA has plenty of rescue felines looking for their fur-ever homes.

Tommy is a black and white domestic shorthair cat at RSPCA Southall in London. He is a talkative and sociable boy who thrives on human interaction.  He loves being around people and gets lonely if he is left on his own for too long. He will need his family to be around for a good part of the day to keep him company. He also needs an adult only household with no other cats so he can be the centre of attention.

The seven-year-old male has quite a lot of energy and lots of character.

Silver and Bella are two older ragdoll cats at the RSPCA Wirral and Chester branch who are now looking for their forever home.

They are very sweet-natured and like a fuss and could potentially live with another cat. They would prefer to live with families with older children and will need daily grooming to keep their coats tangle-free as long-haired cats’ fur can easily become matted. They are also very vocal cats which would appeal to an owner who likes a chatty cat.